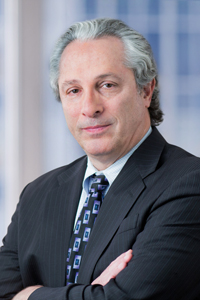 Alan Milstein is a shareholder of the Firm and Chairman of the Firm's Litigation Department.  He is nationally recognized as a preeminent litigator, expert, lecturer, and author.

Mr. Milstein is particularly prominent in the following domains:

In these specific areas, Mr. Milstein is more than prominent—he is acknowledged as a pioneer in establishing the rights of research subjects . His cases and arguments have been mentioned in numerous books and articles concerning current topics in healthcare.

He was appointed an adjunct professor at the Temple University School of Law teaching Bioethics.

Mr. Milstein has also been invited to make presentations on bioethics by various prestigious institutions and organizations:

"Research Malpractice and the Issue of Incidental Findings" The Journal of Law Medicine & Ethics, Summer 2008