Arthur J. Abramowitz was selected by Best Lawyers in America for Bankruptcy and Creditor Debtor Rights / Insolvency and Reorganization Law and Litigation - Bankruptcy for 2022.

Sherman Silverstein's, Alan C. Milstein, participates in the podcast, "The legal Landscape: How to Survive Without Sports" with Bleacher Report's, David Gardner.

Bruce Luckman, Shareholder and General Counsel, taught a seminar, Saturday September 15, 2019, on building credit, the responsible use of credit and the impact of financial conduct and decisions today on credit history and costs of credit in the future. The program was offered by GIRLS, Inc. https://gilrsinc.org and the participants were from its Ambassadors Club members, 15-18 year old girls from Philadelphia area high schools.

It is with great pride that we announce that Zev Rose, long-time friend and colleague, is a Kellman Brown Academy 15th Annual Tribute Dinner Honoree. The event took place on April 25th.

Alan Milstein, Chairman of the Firm's Litigation Department, authored the chapter entitled "The Role of Bioethics in Sports Law" in the much anticipated "The Oxford Handbook of American Sports Law" which was published in January 2018.

Alan Milstein appeared on the Podcast Lawyer 2 Lawyer to discuss the Take A Knee Movement and the NFL's role in this controversy as well as the potential impact on the NFL and other sports.

John Lolio, a shareholder of the firm who heads the Estates and Trusts Department, spoke at a National Business Institute Seminar entitled "The Probate Process from Start to Finish" on December 20th . The topic was about Tax Reporting and Post-Mortem Tax Matters.

Robert Schwartz, a shareholder of the firm, spoke at an NJICLE seminar on December 6, 2017, titled "Commercial Leasing 2017: a Focus on Leasing, Insurance and Ethical Issues". Mr. Schwartz spoke on the topic of Insurance Issues - Managing Risk Through Insurance. The seminar was held at the New Jersey Law Center in New Brunswick. 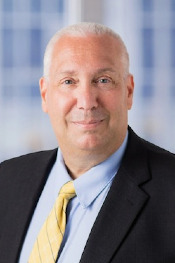 It is with great sadness that we announce the recent passing of one of our firm's partners, William Mackin. The entire staff of Sherman Silverstein would like to take this opportunity to express our gratitude to our clients, colleagues and friends for the outpouring of condolences and recognition of Bill's many contributions to the legal profession and the community.

Bill was recognized by many for his community efforts including his active participation in the Inns of Court, service for multiple terms on the inter-county Ethics Committee, his service as President of the Lawyers Advisory Committee, volunteer services in pro bono legal matters and most recently, his election as a Fellow in the American College of Bankruptcy.

Bill was proud to be a lawyer, and was never too busy to help anyone with a problem. Everyone who worked with him at the firm feels as though they lost a good friend.

As we move forward, we will not forget the positive impact Bill had on both our personal and professional lives.

Art Abramowitz made a presentation to the Bankruptcy Inns of Court on April 19, 2017 about handling workouts with lenders and creditors for business clients who are confronting difficulties for a variety of reasons that might arise, including defaults under loan documents, downturns in business, tax liens, termination of credit facilities by banks, foreclosures and other adversities encountered by their companies.

Alan C. Milstein was a panelist on the subject of "Athletes and Traumatic Brain Injury" and spoke on the topic of "The Ethics of Being a Fan" at The Duquesne University School of Law's upcoming Program entitled "Athletes, Veterans, and Neuroscience: A Symposium on Traumatic Brain Injury and Law." The Symposium was on Friday, April 7, 2017, from 8:30 a.m. - 3:00 p.m. See attached for more information.

William Mackin spoke at the Honorable Gloria M. Burns Annual Bankruptcy Bench Bar Conference, jointly sponsored by the Burlington County and Camden County Bar Associations, on April 25, 2017 at the Tavistock Country Club in Haddonfield, NJ, on the ethical implications of providing limited scope representation to clients in bankruptcy matters.
Arthur J. Abramowitz was interviewed by the Philadelphia Business Journal in an article that focused upon the spiking of local business bankruptcies in 2016. He noted that most of the recent Chapter 11 cases involve small businesses. One major change relates to the fact that only approximately fifteen percent of the Chapter 11 cases entail reorganization plans in which debtors continue to operate their business
Arthur J. Abramowitz and William Mackin were presenters at the annual New Jersey Bench Bar Conference organized by the Bankruptcy Section of the New Jersey State Bar Association on Friday, March 10, 2017. Mr. Abramowitz spoke about "Recent Developments in Bankruptcy Law" and Mr. Mackin spoke about "The Ethical Implications of Limited Scope representation (Unbundling Services)".
Arthur Abramowitz has been named in Best Lawyers in the field of Bankruptcy and Creditor Debtor Rights/Insolvency and Reorganization for the past 35 years.
Alan Milstein, Chairman of the firm's Litigation Department, authored an article in the Temple 10-Q, Temple's Business Law Magazine, on "The Brave New World of Assisted Reproductive Technology.

Alan Milstein is quoted in an Article entitled "Stuck in Standoff over Chris Bosh's Future, NBA to Create New Medical Panels", written by Howard Beck in the Bleacher Report.

Alan Milstein was a featured panelist at the NJICLE Kickoff Classic on Saturday, September 24, at Rutgers University, from 8:30 a.m. to 11:20 a.m. before the Iowa v. Rutgers game. Mr. Milstein was joined by some former Rutgers football players and attorneys who represent athletes and agents as they tackled some of the hottest legal issues in sports.
Arthur Abramowitz was recently selected by his peers for inclusion in The Best Lawyers in America 2017 (Copyright 2017 by Woodward/White, Inc. of Aiken SC). Mr. Abramowitz was selected in the areas of Bankruptcy and Creditor Debtor Rights/Insolvency and Reorganization Law, and Litigation - Bankruptcy.
Arthur Abramowitz was honored by the New Jersey Bankruptcy Foundation at its Golf and Tennis Outing and Dinner which was held on September 22,2016.
Arthur Abramowitz, counsel to the creditors' committee In Taj Mahal Casino bankruptcy, was quoted in a recent Associated Press article entitled "Little Guy Contractors Still angry at Trump Taj Bankruptcy." 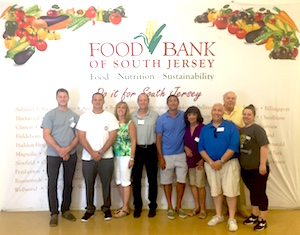 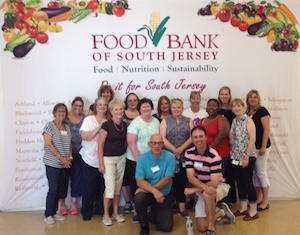 On May 27, 2016, Alan C. Milstein was featured in The Washington Post for being 1 of 150 experts to sign a letter urging the World Health Organization to reconsider the decision to hold the Summer 2016 Olympic Games in Rio de Janeiro due to the public health concerns over the Zika virus.

On May 9, 2016, Arthur J. Abramowitz was featured in an article by the Center for Public Integrity and co-published with the Huffington Post, Newsweek and the Press of Atlantic City titled “Two very different Donalds, one White House goal”.

Suing for Damages in Cases of Adultery by Matthew Podolnick, The Legal Intelligencer. (07/14/2015)

*Reprinted with permission from the July 14, 2015 issue of The Legal Intelligencer. (c) 2015 ALM Media Properties, LLC. Further duplication without permission is prohibited. All rights reserved.

Mr. Podolnick's practice and approach to helping his clients was recently profiled in South Jersey Magazine in an article entitled "Making it Work: Attorney Matthew Podolnick successfully guides clients through some of the toughest situations they'll ever face ". (06/05/15)

On may 7, 2015, John Lolio Spoke About Federal and NJ Estate Tax Consequenses Upon a Decedent's Death and Income Taxation of Estate and Trusts at a Workshop Held at the Peachfield Mansion in MT. Holly, NJ.

Moorestown, New Jersey, February 18, 2015: The law firm of Sherman Silverstein is pleased to announce that Rhonda R. Feld, Esq. has been appointed the Chair of the Burlington County College (BCC) Foundation Scholarship Committee. According to BCC, the Foundation “oversees a comprehensive scholarship program for students.

Click here to view the press release
John Lolio spoke at the 2014 Boomer and Beyond Expo on November 14th in Mt. Laurel, New Jersey, on tax issues involved in probate.
Lolio spoke on Trusts as alternatives to Wills for the National Business Institute

Shareholder John Lolio spoke on the topic of trusts as an alternative to wills as part of a Step-by-Step Guide to Drafting Wills and Trusts for the National Business Institute on June 4, 2014 in Atlantic City, New Jersey. This program is accredited for attorneys (CLE), Accountants (CPE/NASBA), financial planners and for IACET credit. Mr. Lolio addressed topics including when to recommend a trust over a will, types and functions of trusts, selecting trustees, choosing trust situs, trust funding basics, and sample forms.

For more information on the symposium, including registration, CLICK HERE

Milstein Featured In ESPN’s 30 For 30 On Maurice Clarett

Shareholder Alan Milstein was prominently featured in an ESPN 30 for 30 program, Youngstown Boys, about Ohio State football star Maurice Clarett and his college coach Jim Tressel. Milstein served as Clarett’s lead at torney in his antitrust lawsuit filed against the National Football League.